Polymers are often used as packaging materials because of their performance, cost-effectiveness, and durability. In general, packaging material is supposed to prevent the diffusion of chemical substances from the inside to the outside or vice versa. Especially when used for food, plastic packaging materials must comply with strict regulations, e.g. no migration of additives and meet requirements from end-user, i.e. ensure food quality and safety. Multilayer functional barriers can assist to reduce unwanted migration. Knowing the permeability of polymers is essential in this context.

In order to guarantee product safety and ensure a high performance of packaging material, it is important to reduce unwanted exchange between inside and outside. Typically, small molecules like water, aroma compounds, additives or the like, can migrate through the packaging material. Understanding the diffusion of these molecules through the polymer matrix is essential for improving packaging product and developing new ones.

In this case study, we investigated the diffusion of water and methanol in a polymer matrix consisting of a mixture of polyethylene and a di-block copolymer of ethylbutylacrylate (EBA) and polyethylene (PE) at various temperatures. The structures were built using MAPS polymer and MAPS Amorphous builder. Molecular dynamics (MD) simulation were performed using MAPS LAMMPS plugin. Production runs were carried out at three different temperatures to study the diffusion of water and methanol, respectively, and the temperature effect on the diffusion. The simulation results were analyzed by calculating the mean square displacement of the water and methanol molecules, which gives access to their diffusion coefficient D. Since water molecules can form hydrogen bonds, additional simulations were run for the water case by using a water cluster in the polymer matrix as starting point. 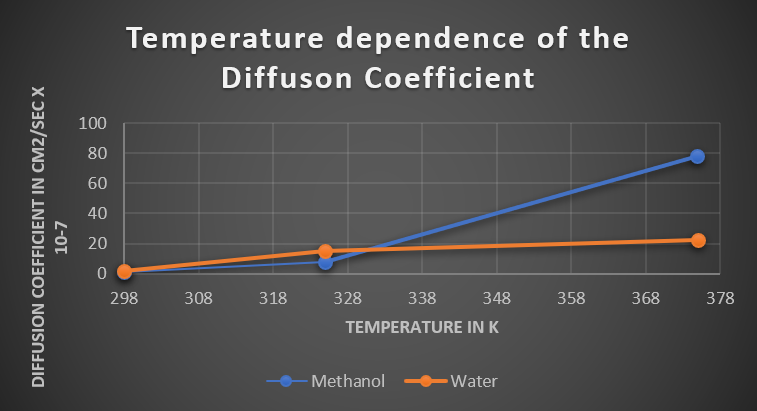 Diffusion of water and methanol molecules through polymeric packaging material has been modeled by calculating diffusion coefficients based on molecular dynamics simulations. Comparison with available literature data proved the predictability of the simulations. The simulations showed that the impact of the temperature is more prominent in the case of methanol. By analyzing atom distance between matrix and diffusing molecules, it became obvious that the polymer composition, for example the inclusion of polar polymers in the matrix, has a severe impact on the diffusion process.
Studying diffusion by means of MD simulations is not restricted to this kind of materials only. It has been successfully been applied to many other cases such as diffusion of electrolytes through porous electrode materials or gas diffusion through metal organic frameworks. 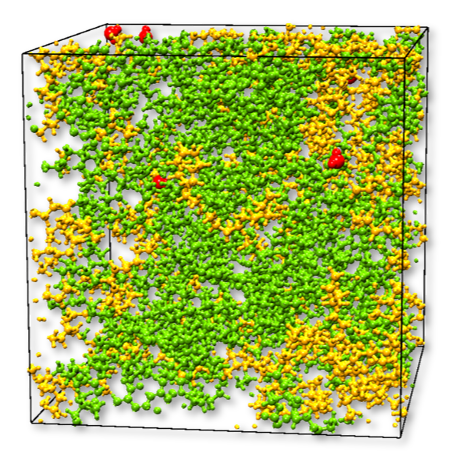 Migration of small molecules through plastic packaging  material was studied by calculating diffusion coefficients based on MD simulations. Temperature effects were predicted. In addition, the impact of the presence of polar groups in the polymer matrix on the diffusion behavior  was  revealed