The development of sustainable polymeric materials with improved biodegradability is a crucial step to mitigate the growing environmental concern for plastic waste in the ecosystems around the world. Bioplastics constitute both naturally and chemically derived materials from renewable or oil-based resources. They are designed to feature minimal carbon footprint, high recycling value and complete biodegradability/compostability. Biobased industries consortium in partnership with European Union are investing billions on large-scale projects to encourage new technologies for production of bio-based monomers and polymers from waste biomass/renewable feedstocks. One of the objective is to replace at least 30% of fossil-based raw materials with bio-based and biodegradable ones by 2030.

Poly (lactic acid) PLA is used in many commercial packaging products and represents a family of biodegradable polymers derived from  sugar and starch, i.e., it is a 100% biobased and recyclable plastic. It is the first polymer based on renewable raw materials commercialized at a large scale and meeting the specifications of international standards.

Use of eco-friendly packaging materials is of major interest for the food and beverage industry. Materials simulations can be of great relevance for the design of novel composites comprised of bio-based or biodegradable building blocks as they can allow assessment of the structure and properties of the materials and provide understandings of the mechanism of biodegradation. Reactive force-field molecular dynamics simulations are ideally suited to investigate the reaction kinetics in a fast and reliable way,  provided that a parametrized reactive force field is available.  In this study, reactive MD simulations were used to investigate two mechanisms of biodegradation of PLA: hydrolysis and thermal degradation, providing insights into the pathways of polymer decomposition.

Molecular dynamics simulations were performed using the LAMMPS plugin in MAPS along with the CHON-2017_weak reactive force field developed by van Duin and coworkers [1]. This ReaxFF was developed to improve the weak interaction of functionalized hydrocarbons and water in the condensed phase. Several tools within the MAPS platform were used to characterize the product distribution.

Two different degradation mechanisms of PLA were studied: hydrolysis and thermal degradation. The polymer water degradation reaction was modeled by using 10  polymer chains of 10 PLA monomers each in the presence of 1000 water molecules encapsulating the polymer system placed in a cubic box with a 50 Å lattice dimension. A classical ReaxFF NVT-MD simulation was performed at 1000 K for 1 ns.

Figure 1 shows snapshots of the initial configuration of PLA in a water box (a) and that of the final NVT-MD configuration after 1 ns at 1000 K (b). Upon a water attack, the C-O bonds of the ester groups in the PLA chains are cleaved resulting in oligomers with lower molar weights. Ultimately, the decomposition yields PLA monomeric units as the end-products.

To simulate the thermal degradation of PLA, the box composed of 10 polymer chains of 10 PLA monomers each was gradually heated up to 1800 K for 1 ns and then an NVT-MD run was performed at 1800 K for 500 ps (Figure 2). Product distribution analysis shows that a variety of products were formed, the major ones being carbon dioxide, water, small C2 and C3 aldehydes, and lower-weight organic compounds as shown in Figure 3. 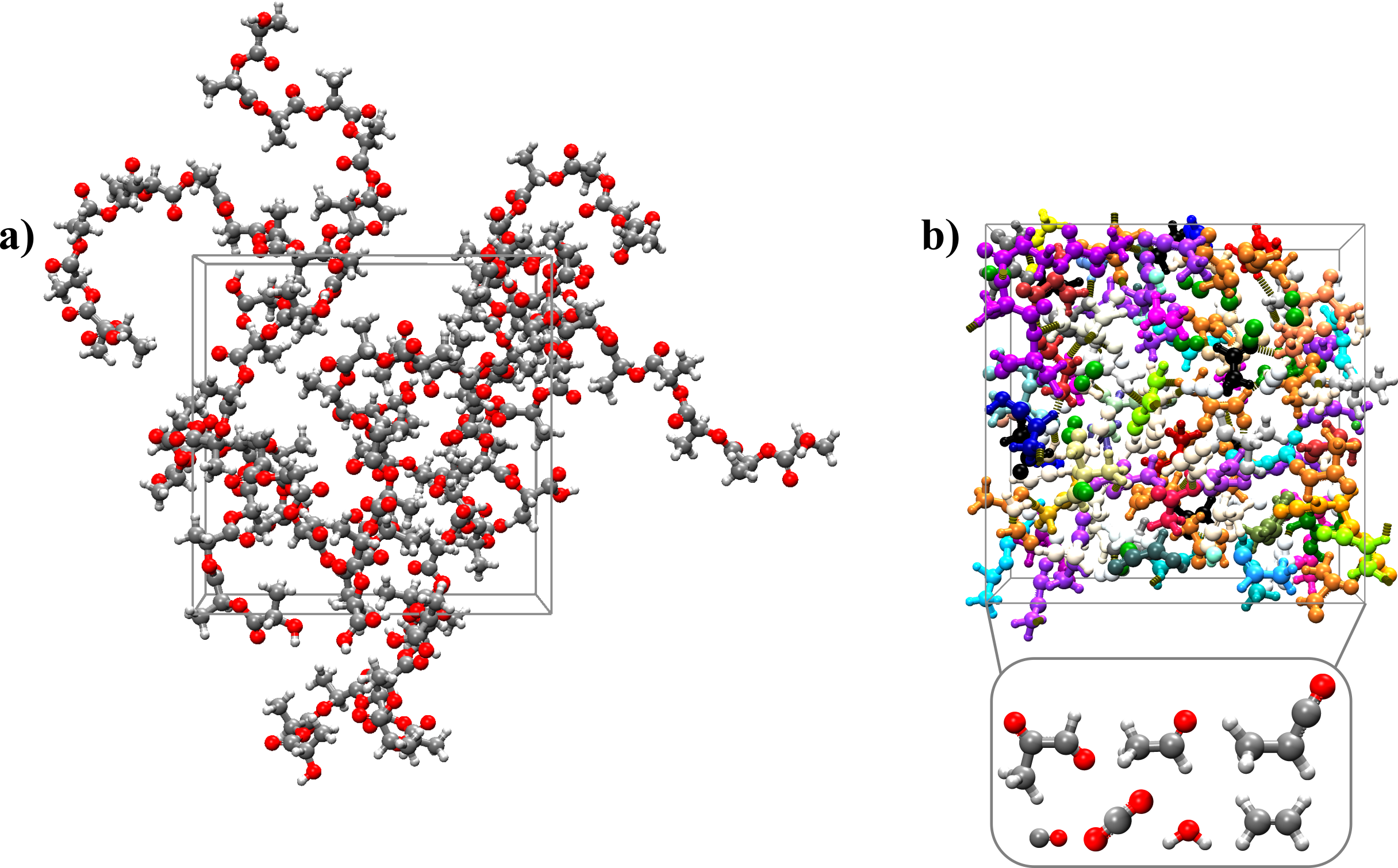 Figure 2: Initial (a) and final (b) configuration of the MD simulation of the thermal degradation of PLA. 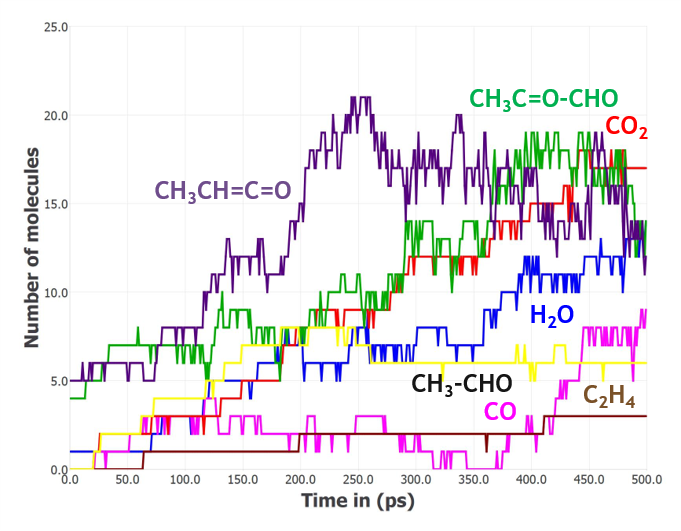 Figure 3: Distribution of the major products resulting from the thermal decomposition of PLA during a 500 ps NVT-MD simulation run at 1800 K.

Molecular dynamics simulations using reactive force fields are important for studies of reaction mechanisms such as the decomposition of biodegradable polymers in a fast and reliable way, approaching the accuracy of the QM calculations. Particularly, the current virtual experiments showed the decomposition to clean and harmless products with no need for recycling the material.  Such an approach can be applied to screen alternatives as well as assess other aspects of packaging such as performance, contamination, etc.

The mechanisms of biodegradation of poly (lactic acid) by hydrolysis and thermal degradation were modeled using MD simulations with a reactive force field. The products obtained are either PLA monomeric units or small organic molecules, CO2 and H2O.  Virtual experiments showed the decomposition to clean and harmless products with no need for recycling the material.